“You have a choice. Your thoughts can make you and the world around you suffer more or suffer less. If you want to create a more harmonious atmosphere in your workplace or community, don’t start by trying to change other people.

Your first priority should be to find your own quiet space inside so you can learn more about yourself. This includes getting to know and understand your own suffering.

When we get caught in negative thoughts and worries, it’s easy to create misunderstanding and anxiety. When we stop the thinking and calm our mind, we create more space and openness.

When you are attached to these views, to the idea of right and wrong, then you may get caught. Then you create misunderstanding, anger, and violence. That is what you are becoming in this very moment.

When you are mindful of this and can look deeply, you can produce thoughts that are full of love and understanding. You can make yourself and the world around you suffer less. You are not static. You are the life that you are becoming.”

The Tao of Pooh

“Literally, Wu Wei 無爲 means ‘without doing, causing, or making.’ But practically speaking, it means without meddlesome, combative, or egotistical effort. When we learn to work with our own Inner Nature, and with the natural laws operating around us, we reach the level of wu wei.

Since the natural world follows that principle, it does not make mistakes. Mistakes are made — or imagined — by man, the creature with the overloaded brain who separates himself from the supporting network of natural laws by interfering and trying too hard.

Cleverness tries to devise craftier and craftier ways of making pegs fit where they don’t belong. Wu wei doesn’t try. It doesn’t think about it. It just does it. And when it does, it doesn’t appear to do much of anything. But things get done.

Benjamin Hoff, The Tao of Pooh

Now that all thoughts have subsided
off I go, deep into the woods,
and pick me
a handful of shepherd’s purse.
Just like the stream
meandering through mossy crevices
I, too, hushed
become utterly clear.

quoted in the book “The Longing In Between: Sacred Poetry From Around The World”

With thanks to Just Dharma Quotes

Do not be bothered by anything

Think of nonthinking. How is this done?

“Think of nonthinking. How is this done? By thinking beyond thinking and non-thinking. This is the very basis of zazen.”

Thinking is so tiresome

“Thinking is so tiresome,
Requiring so much energy
Solely for the purpose
Of reinforcing the notion
Of a thinker.
What a waste!
Stop thinking and
Merely watch
Everything being done
Without your interference.”
– Wu Hsin
Suzukis and Zen 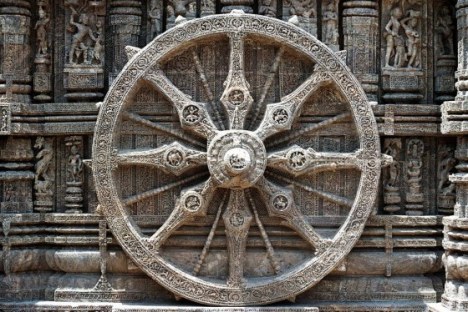 The quintessential teaching of the Buddha — the nature of mind — is difficult to understand, not because it is complicated but because of its unbearably naked quality. One common method for deciphering the truth is through commentaries, analysis, arguments, and research. But the more we try to decipher this simplicity through academic studies and intellectual analysis, the more we get sidetracked, deterred, or worse, we end up constructing very convincing concepts that we mistake for the simplicity itself. Therefore, one must work hard to accumulate merit. Accumulating merit is the one and only way to cultivate trust in simplicity. But many of us have to first convince ourselves that accumulation of merit works.