Limited expressions of the world of emptiness

All descriptions of reality are limited expressions of the world of emptiness. Yet we attach to the descriptions and think they are reality. That is a mistake.

quoted in the book “Teachers of Wisdom”

We never actually perceive what is there 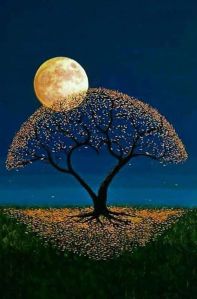 We never actually perceive what is there, only what is related back to us through our senses. The reality perceived by a fly, with its very differently structured eye and antennae, is very different from the reality we perceive, but it is equally valid from the fly’s point of view. We don’t see things better than the fly does, we just see our own version. Take this glass, for example. It’s very solid. If I were to hit somebody with it, he would feel it. But modem physics tells us that this glass is composed mostly of space, with just a few electrons, protons, and neutrons zooming around in it. Yet we don’t perceive it that way. And if I were an ant, or an elephant, or a dolphin, I would perceive something else again. Each of these perceptions is valid. Our version is no better than anyone else’s.

from the book “Reflections On A Mountain Lake: Teachings On Practical Buddhism”

With thanks to Just Dharma Quotes

Seeking the shadow of reality

The shadow of reality

The lack of comprehension of reality

As the contemporary Tibetan master Chögyam Trungpa explains, ‘When we talk of ignorance, it has nothing to do with stupidity. In a way, ignorance is very intelligent, but it is an intelligence that works exclusively in one direction. That is, we react elusively to our own projections instead of simply seeing what is there.’This fundamental ignorance is linked to the lack of comprehension of reality, that is, the true nature of things, free from mental fabrications we superimpose upon it. These fabrications hollow out a gap between the way things appear to us and the way they are: we take as permanent what is ephemeral and as happiness what is usually a source of suffering – thirst for wealth, power, fame and fleeting pleasures.

We perceive the external world as totally autonomous entities to which we attribute characteristics that seem to us to belong to them by their nature. Things appear to us as intrinsically ‘pleasant’ or ‘unpleasant’ and we rigidly divide people into ‘good’ or ‘bad’, ‘friends or ‘enemies’, as if these were characteristics inherent to people. The ‘self’, of the ego that perceives them, seems to us equally real and concrete. This mistake gives rise to powerful reflexes of attachment and aversion, and as long as our mind remains obscured by this lack of discernment, it will fall under the sway of hatred, attachment, greed, jealousy, or pride and suffering will always be ready to appear.

from the book “Altruism: The Power of Compassion to Change Yourself and the World”

In a dream there’s nothing substantial but there is the mere appearance of something substantial. Thus, its true nature transcends both existence and nonexistence. Its true nature is not something we can describe with these kinds of terms, because it is beyond any type of thing we might be able to think up about it. And so, just like a flower that appears in a dream, all phenomena that appear, wherever they appear, are the same. They all appear in terms of being a mere appearance. There is nothing substantial to them, and their true nature transcends both existence and nonexistence and any other idea. All phenomena that appear to us in this life are exactly the same.

Overpowering images of the mind’s lucidity

When we watch a television program, we have no trouble identifying places, persons, animals, mountains, and so on. Through becoming involved with the program, we identify with what we are seeing and begin to feel an emotional response. Actually what we are looking at are not places, persons, animals, or mountains, but points of light on a tube in a little box. The confusion that is necessary to enjoy a television program is similar to bewilderment or ignorance, where the very vividness or intensity of the images of the mind’s lucidity overpowers the mind.

from the book “A Song for the King: Saraha on Mahamudra Meditation”

David Bohm on Consciousness and the Concept of Actuality 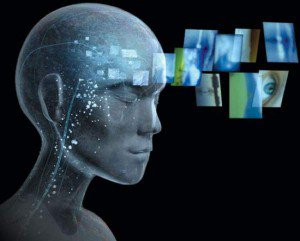 “Now, there’s one other thing that modern quantum mechanics doesn’t handle. Oddly enough, physics at present has no contact with the notion of actuality. You see, classical physics has at least some notion of actuality in saying that actuality consists of a whole collection of particles that are moving and interacting in a certain way. Now, in quantum physics, there is no concept of actuality whatsoever, because quantum physics maintains that its equations don’t describe anything actual, they merely describe the probability of what an observer could see if he had an instrument of a certain kind, and this instrument is therefore supposed to be necessary for the actuality of the phenomenon. But the instrument, in turn, is supposed to be made of similar particles, obeying the same laws, which would, in turn, require another instrument to give them actuality. That would go on an infinite regress. Wigner has proposed to end the regress by saying it is the consciousness of the actual observer that gives actuality to everything.”

Deny the reality of things and you miss their reality

“When you try to stop activity to achieve quietude,
your very effort fills you with activity.
As long as you remain attached to one extreme or another
you will never know Oneness.
Those who do not live in the Single Way
cannot be free in either activity or quietude, in assertion or denial.

Capable of dealing with reality

Spirituality is simply a means of arousing one’s spirit, of developing a kind of spiritedness. Through that you begin to have greater contact with reality. You are not afraid of discovering what reality is all about, and you are willing to explore your individual energy. You actually choose to work with the essence of your existence, which could be called genuineness. An interest in spirituality doesn’t mean that you lack something, or that you have developed a black hole in your existence which you are trying to compensate for or cover over with some sort of religious patchwork. It simply means that you are capable of dealing with reality.

from the book “Ocean of Dharma: The Everyday Wisdom of Chogyam Trungpa”