‘Zen: The Art of Simple Living’: Habits, ideas and hints for living a happy life

For Shunmyo Masuno, chief priest at Kenkoji, a Soto Zen temple in Yokohama, Zen is an action, not a philosophy. As Masuno explains to The Japan Times, “Zen is concerned with gyōjūzaga, four cardinal behaviors: walking, standing, sitting, lying. It’s difficult to discover the essence of Zen by simply reading philosophical books, as is popular in the West. Unless people can apply the basic, active principles of Zen to their daily lives, it’s meaningless.” 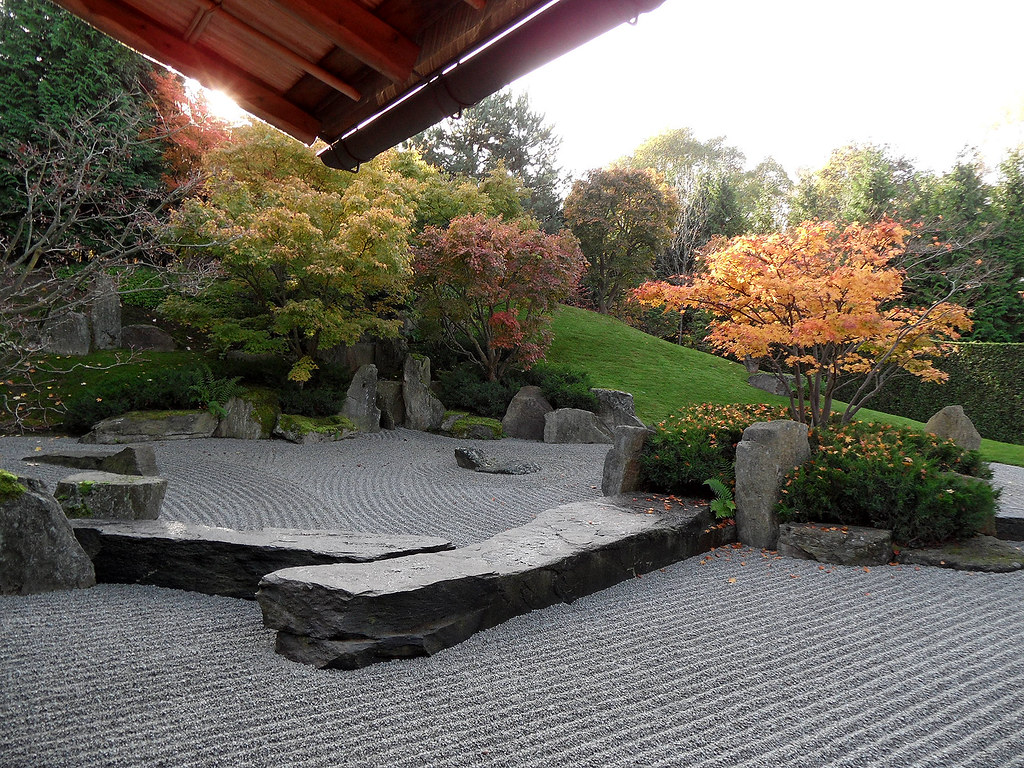 Masuno first found a way to share these ideas on an NHK children’s program, where he introduced the ideas of Zen to elementary school children. The series was so popular that NHK published a text of his lessons. The book became a bestseller in Japan and will soon be published in English as “Zen: The Art of Simple Living.”

Illustrated by Zanna and Harry Goldhawk and translated by Allison Markin Powell, the result is a profoundly beautiful work, easy to read, encouraging deep thought and reflection, but most importantly, acting as a practical guide to Zen action.

Divided into four sections, Masuno uses simple language to explain Zen concepts like gasshō (palms pressed together, an action that “fosters a sense of gratitude”) or mitate (striving to see things in a different way), and offers advice for actively transforming these ideas into lifetime habits. His advice is supported by Zen stories and sayings. As Masuno states in the introduction, “Zen is about habits, ideas and hints for living a happy life. A treasure trove, if you will, of deep yet simple life wisdom.” It could just as easily be a description of the book itself.

“Make time for emptiness. First, observe yourself,” writes Masuno in the opening chapter. In a pattern repeated throughout the book, the one-page chapter extols an action and suggests ways and practices for realizing the action in daily life. To make time for emptiness, for example, Masuno advises using 10 minutes a day to empty the mind. As the chapter concludes: “When you are not distracted by other things, your pure and honest self can be revealed.”

“True Zen is about trying to make this short life as meaningful as possible and to search for universal truths or the immutable in this world,” Masuno explains, citing an example of spring’s first warm breeze. “People a thousand years ago felt happy to welcome the spring, and people a thousand years from now will probably feel a similar way. This is an example of a universal truth, things that are unchanging that we must actively notice and value.”d to design and to teach others as a professor at the department of environmental design at Tama Art University. “I work mainly with outdoor spaces, but this also includes interiors since the interior and the garden can’t really be separated in Japan,” he says. “When I design gardens overseas, I feel it’s a chance to explain Japanese beauty to people from other countries. If they notice things — like how the garden is an extension of the interior — and it sparks their interest in Japan, then it becomes a great kind of cultural exchange.”

For Masuno, Zen practice, cultural connections, and gardening are all interconnected, and his book reflects this with numerous points that connect to gardening. Plant a single flower, suggests one chapter. Create a small garden on your balcony or window ledge, advises another: “Within that space, try representing the landscape of your mind.”

Like gardening, another reason Masuno’s work resonates is because it clearly focuses on the process, not on any promised outcome. “In the Western world, the focus is on the result — advocates of mindfulness meditation, for example, emphasize how you’ll have clearer thoughts and less stress,” explains Masuno. “But Zen is always about the practice itself; the results are secondary. Of course Zen is important spiritually in today’s world. Two hundred years ago there was no internet, no fast trains, no jets and no cell phones … but many more people today suffer from mental illnesses and depression. The suicide rate today is at an all time high. So, despite all the modern advances, you can’t really say that our generation is more content.”

Masuno believes there’s an increasing need for Zen practice in today’s world, and he expresses thanks at the book’s success in Japanese, never expecting an English translation to follow. Unsurprisingly, Masuno has a simple goal for his book for English-reading audiences: “I hope the book will have a calming effect to bring people peace of mind, (helping them to find) a way to actively live each day thankfully and meaningfully. Zen must fundamentally carry the philosophy into practice.”

This small but powerful book shows that way.

“Zen: The Art of Simple Living” will be published on April 18 through Penguin Books’ Michael Joseph imprint.

Earth is not a platform for human life

Wherever we walk, whether it’s the railway station or the supermarket, we are walking on the earth and so we are in a holy sanctuary. If we remember to walk like that, we can be nourished and find solidity with each step.

You carry Mother Earth within you

“You carry Mother Earth within you. She is not outside of you. Mother Earth is not just your environment. In that insight of inter-being, it is possible to have real communication with the Earth, which is the highest form of prayer. In that kind of relationship you have enough love, strength and awakening in order to change your life.

Fear, separation, hate and anger come from the wrong view that you and the Earth are two separate entities, that the Earth is only the environment. That is a dualistic way of seeing.

So to breathe in and be aware of your body and look deeply into it, realise you are the Earth and your consciousness is also the consciousness of the Earth. Not to cut the tree not to pollute the water, that is not enough.

We need a real awakening, enlightenment, to change our way of thinking and seeing things. When we recognise the virtues, the talent, the beauty of Mother Earth, something is born in us, some kind of connection, love is born. That is the meaning of love, to be at one…”

Realize You are the Earth https://creativesystemsthinking.wordpress.com/…/realize-yo…/

The world is not a problem to be solved

The world is not a problem to be solved; it is a living being to which we belong. The world is part of our own self and we are a part of its suffering wholeness. Until we go to the root of our image of separateness, there can be no healing. And the deepest part of our separateness from creation lies in our forgetfulness of its sacred nature, which is also our own sacred nature.

People say walking on water is a miracle, but to me walking peacefully on Earth is the real miracle.
Thich Nhat Hanh

What if our religion was each other?

This is How the World Will End, According to Buddha

Source: This is How the World Will End, According to Buddha | Humans Are Free

The end time (also called end times, end of time, end of days, last days, final days, or eschaton) is a future time-period described variously in the eschatologies of several world religions which believe that world events will achieve a final climax.

The Abrahamic faiths maintain a linear cosmology, with end-time scenarios containing themes of transformation and redemption.

In Judaism, the term “end of days” makes reference to the Messianic Age, and includes an in-gathering of the exiled Jewish diaspora, the coming of the Messiah, the resurrection of the righteous and the world to come.

Some sects of Christianity depict the world will come to an end through a series of cataclysmic events followed by resurrection of departed souls and judgment day.

According to Vedic tradition, Aditi is mother of eight Adityas or solar deities (suns). At the end of creation these eight suns will shine together in the skies.

In the following sermon, the Buddha speaks of how seven suns will appear in the sky and how the planet earth will eventually be destroyed, after many hundreds and thousands of years, through a series of cataclysmic events which are described below.

The manner in which the Buddha predicted the end of the earth sounds very much like a modern scientific theory on the destruction of planets and the entire solar system.

The Buddha also clearly mentions that all life forms will vanish before the appearance of the second sun. Thereafter the earth will be a dead planet ready for its eventual destruction.

The seven suns mentioned in the discourse probably are various planets of the solar system that would become hot and shine like stars due to some changes in the activity of the sun or its gravitational force.

The manner in which the drying up of the planet earth is described reminds one of the greenhouse effect and the events that might have happened on planets like Mars which had once oceans and rivers and probably life forms.

The Buddha delivered this sermon to remind his disciples of the impermanent nature of the world and of our existence, which is subject to decay and renewal and from which even a god like Brahma is not free unless he overcomes it by practicing Dhamma and following the eight-fold path.

The purpose of our lives