Happiness is suffering in disguise 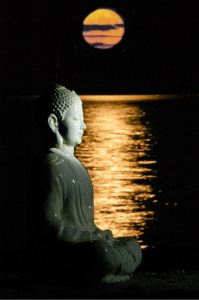 In truth, happiness is suffering in disguise but in such a subtle form that you don’t see it. If you cling to happiness, it’s the same as clinging to suffering, but you don’t realize it. When you hold on to happiness, it is impossible to throw away the inherent suffering. They’re inseparable like that. Thus the Buddha taught us to know suffering, see it as the inherent harm in happiness, to see them as equal. So be careful! When happiness arises, don’t be overjoyed, and don’t get carried away. When suffering comes, don’t despair, don’t lose yourself in it. See that they have the same equal value.

This entry was posted on January 17, 2019 by Lou. It was filed under Happiness, Suffering, Zen .